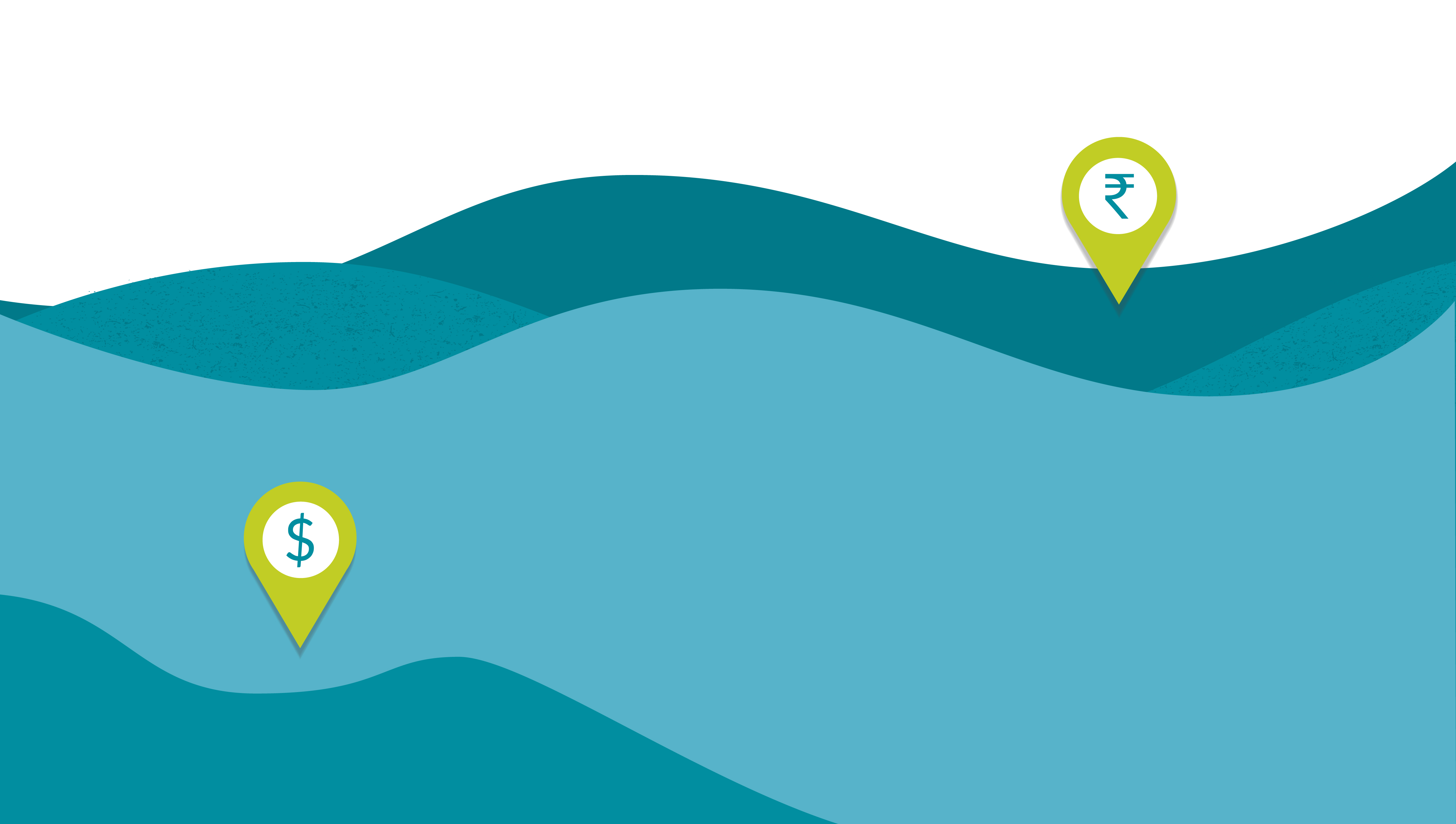 When comparing the AUD to the Rupee regularly, you may notice some occasional swings in value. In fact, the Rupee seems to be slowly gaining on the AUD for now. But what’s behind these swings?

We’re going to take you through the top three forces driving the AUD to Rupee exchange rate, as well as some current factors and predictions for the future based on these forces.

1 | Interest Rates and the Reserve Bank – Changing Demand for Currency

When you go to the bank and deposit your money or take out a loan, you’ll be dealing with an interest rate. This is both the amount of money you earn for having savings and the amount of money you have to pay to borrow (in other words, the cost of borrowing). But this rate isn’t the same in every country. Nor is it the same at every point in time. It’s dynamic and can change on a monthly basis.

One of the ways in which the interest rate is changed is through the Official Cash Rate, Bank Rate or Discount Rate (the name will differ, depending on what country you’re in, but they all mean essentially the same thing). Think of this as the price that commercial banks have to pay in order to borrow money from the bank of banks – the Reserve Bank. This rate is then passed on to the consumer – so changing the Cash Rate affects the interest rate. This rate is changed consistently to balance low inflation and economic growth targets.

But why is this relevant? After all, this doesn’t change the currency, does it?

Ah, but it does. High interest rates attract foreign investors, who are looking for strong returns on their savings. This changes the demand for currency which, based on the laws of supply and demand, changes the price of the currency. This is a factor driving the AUD and Rupee exchange rate. High interest rates in India cause increased demand for the Rupee, increasing its value against the AUD. Conversely, Australia is potentially looking to cut their interest rates to stimulate borrowing (to create growth), which will potentially cause the AUD to depreciate further against the Rupee in future.

Inflation is the measure of general price rise over a period of time. While this sounds harmless, it can be quite dangerous in the realm of investing. As general prices rise any money you’ve saved away will buy you less. In other words, inflation erodes the value of money over time. For this reason, people fear inflation and seek countries with low inflation as a “safe haven” to deposit their funds. As India Currently has relatively high inflation (around 5.5 – 8.5%), this slows the demand for Rupees. Alternatively, Australia (due to low oil prices) is facing relatively low inflation (approximately 1.3%), creating investor confidence and increasing the demand for the AUD while the Rupee falls.

Political stability changes investor confidence, which affects currency price. Many investors are intimidated by the fact that India currently faces corruption within the government and stark inequality. This political instability could lead to turmoil which could jeopardise an investor’s investment. This causes the Indian currency to depreciate against the AUD, as Australia is somewhat more politically stable.

3 | Exports and Imports (The Balance of Trade)

If I want to buy iron ore from Australia, I need to pay the seller in their local currency – Australian dollars. If everyone wants to buy iron ore from Australia, everyone needs to pay the seller in Australian dollars. This pushes the demand, and the price for the AUD up compared to other currencies (such as the Rupee). Therefore a rise in exports leads to an appreciation in currency value.

Imports act in the opposite way – increasing the supply of a currency and increasing the demand for another currency. This causes the local currency to drop relative to the exporting country. Every country has what’s called a “balance of payments”, which is a record of economic transactions between countries. If more money is going out than coming into a country, the corresponding currency will likely fall as a result.

Unfortunately, due to China’s current economic slowdown, hardly anyone wants to buy iron ore from Australia or India– causing the currency to adjust accordingly. This effect is increased by falling oil prices (as oil is one of India’s largest exports).

India and Australia are currently looking into a free trade agreement – allowing goods to flow from both countries to the other without any additional taxes, tariffs (additional price increases) or import quotas. This would likely increase exports between the two countries and even out import/export disparities. The currency would likely remain somewhat more stable as a result.

If you’re looking to benefit from sending money overseas from India or Australia, you’ll want to watch the Australian Dollar exchange rate – after all, this will determine exactly how much you’ll come out with on the other side. OrbitRemit offers free, attractive exchange rate transfers between India and Australia. Check out our calculator on the top right hand side of the screen to work out exactly how much will come out on the other side!